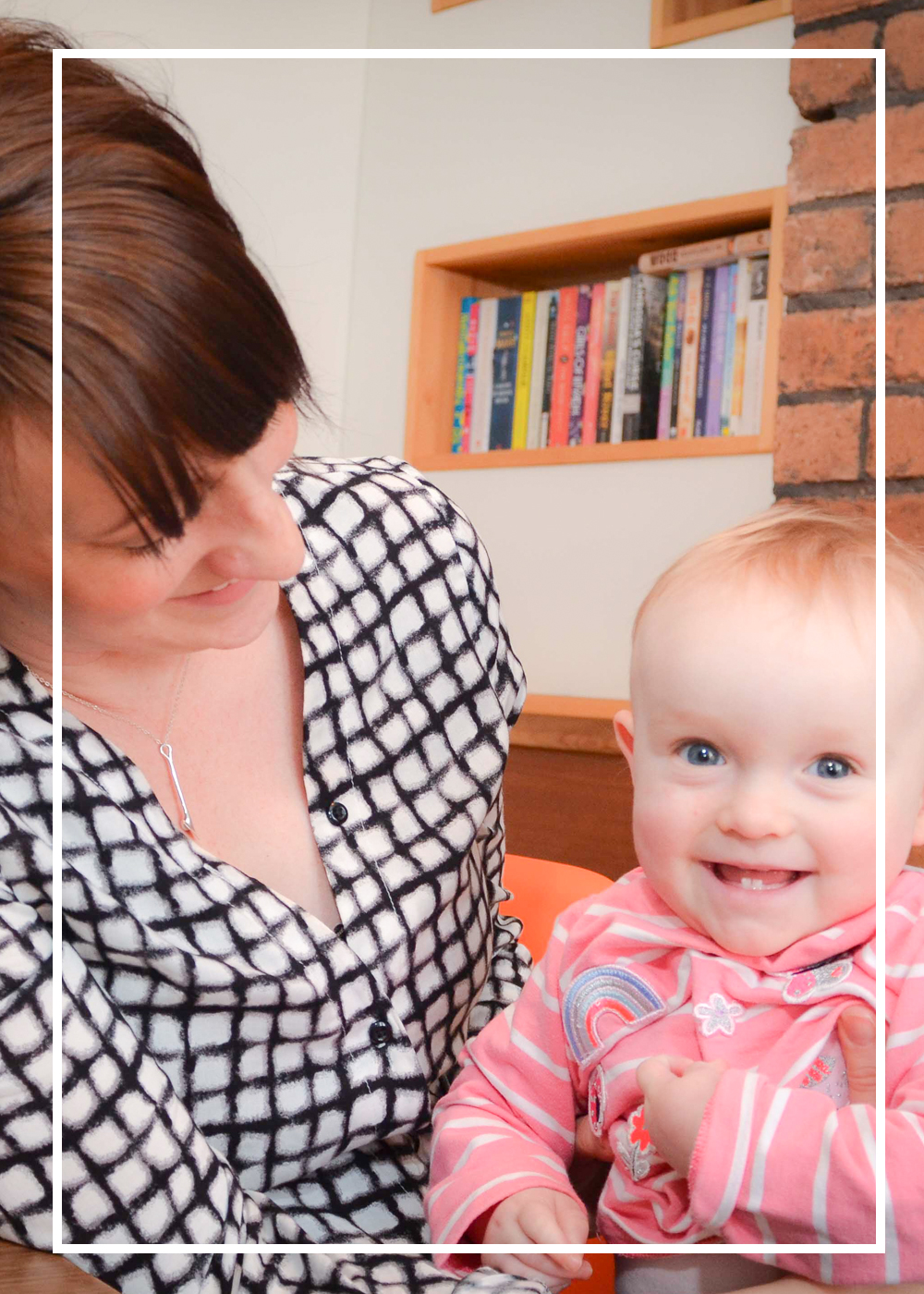 After a glorious 15 months off with my first daughter, I went back to work, to a job I’d done for 6 years and felt so lost. We had moved offices, staff had changed, my new part-time hours meant I had so much to do in a shorter amount of time and I felt totally over whelmed. My daughter wasn’t settling into childcare, I hated leaving her and the mummy guilt was crippling. I felt so totally different than I did before I left work and I no longer wanted to be there. My confidence had hit rock bottom, I was not the same person as I was when I left and no one had prepared me for this transition.

​
To make things worse still, I was almost immediately made redundant. Being back at work was hard enough and now I had to start frantically applying for new jobs. I was a shell of my former self, no longer the confident career woman, I just felt like there was no way I could compete against other people for a job. Being out for work for so long meant I didn’t feel I had the examples to draw on when it came to an interview situation and how on earth was I going to find the confidence to stand in front of a panel of people? I spent my first week missing my daughter, sobbing in the toilet and wondering why the hell I couldn’t pull myself together.
​
At this point, I had been working in a Careers Advisory position for 6 years and I knew what I needed to know about recruitment, applying for jobs and the interview process. I was in a good position but what was truly lacking was confidence. I didn’t believe I was good enough to get another job and to be honest, I wasn’t sure I wanted to. All the jobs I could find were full time and I didn’t want that. I wanted to be at home with my little girl, or if not, I wanted to be doing something I truly loved to justify my time away from her.

I applied for a few things but my heart wasn’t in it. I got an interview and the nerves I felt were horrendous. I didn’t really want the job because it was full time and sitting in the waiting room, watching the other candidates made me feel so low. I was so down on myself that I just couldn’t see myself on their level. I was a Mum now, I was good at that but I was no longer feeling like a career woman. In the interview I fell apart, literally! I actually cried! Unbelievably, the all-woman panel was hugely supportive. Obviously I didn’t get the job but this was a turning point for me. These women, they totally understood. They could see my confidence was low, that I didn’t want the job and was just stuck not knowing which direction to take with my career and they had all been there. Those three women were also mothers, but they were in high level positions, with successful careers.
​
I realised that I could do both and that in order for that to work, I needed to love what I did for a job or I would never feel comfortable leaving my daughter. It also had to be part-time because I needed a work-life balance that worked for my family. I worked on my confidence and applied for another job. I got an interview and amazingly I got the job. I even managed to negotiate less working days and different hours. Nothing had change between these two interviews but my confidence and ability to see what I had going for me. Not only did I have the same great skills and experience I had before I had my baby, I had so many new skills to draw on.
As I say, I got that job and it was a great job but the idea for From Kids to Career had been born as a result of my experiences and when I was on maternity leave with my youngest daughter, I left my job to launch my own business.

I feel passionately that women should not feel like I did when I returned to work. Taking time out to grow a family is an amazing experience and achievement, one that should be celebrated. Women should not be made to feel they have to choose between having a family and a career by being left so unsupported. A lack of confidence can do so much damage to a person’s career and if not addressed, leaves mums thinking they need to take a lesser paid job, give up on their career or accept full time hours when this isn’t what they want.
​
I want to help Mums get back to their old selves when it comes their careers whilst also acknowledging that once you become a parent, you do change. This is often the time in life when parents take a total shift in perspective and want to change career direction entirely. It’s a time to re-evaluate what we want and do what’s best for us and our new family.
​
I’ve worked in a careers advisory capacity for 8 years for a top university and run my own business as a CV specialist. I love working with women to define what they want and to help them make that transition back to work or find a new direction entirely. Most importantly, I love working with women to build up their confidence so they can see that being a Mum does NOT put us at the bottom of the pile. In fact, it equips us with a whole new range of skills and qualities that we can use in addition to what we already had to make us stronger than ever.
​
It’s lovely to meet you, I hope you find all the information available to you useful. Please get in touch if you have any questions, comments or would like to work with me.

“Fantastic to work with Nikki. She was very accommodating, understood what I was looking for right away, and most importantly was able to translate 10 years of work experience into 2 pages! Thanks again Nikki!”

“I have had a very good experience working with Nikki, she is extremely patient and adherent to her assignment. From her work I was able to land my first interview same day as I sent in the job application. I very competent copywriter, Resume writer who knows what it is exactly needed in the European market.-“

“Nikki was a fantastic help when I made the decision to leave teaching. She supported through the reasons I know longer sort to stay in teaching and then helped me to acknowledge the positive skills and development that I had gained through my years of teaching and my training. She listened to my likes and dislikes and helped me to navigate the wide world of work outside of teaching. Together with her own questioning system we narrowed down jobs that I would enjoy and that I could apply for with my current skills. Before meeting Nikki I had started to believe that leaving my one career meant that it was the end of having a career at all, but she helped push past my insecurities and made me realise that I do have all the skills and abilities necessary to pursue a different career. If you are at a cross roads in your career or have made a decision to leave and find yourself as lost as I did, Nikki would definitely be my recommendation”

“It was not only a pleasure but also an enrichment to work with Nikki. The cover letters were very professional, as it was also the correction of my CV. I learned a lot out of it. Additional to her professionalism, she has a very positive attitude. Only 2 hours after I sent the job application I got a positive feedback from the hiring company. That speaks for it self how good her cover letter is. I highly recommend Nikki!”

“I am hard to please but the work provided was outstanding, higher than what I expected. As long as you give time to explain your needs and expectations, you can only be satisfied. I highly recommend for Nikki’s quality of work, her integrity, her desire to give quality work and willingness to go extra miles for it. A very enjoyable (work)experience!”