Skip to content
Are Your Insecurities Stopping You From Moving Forward in Your Career? 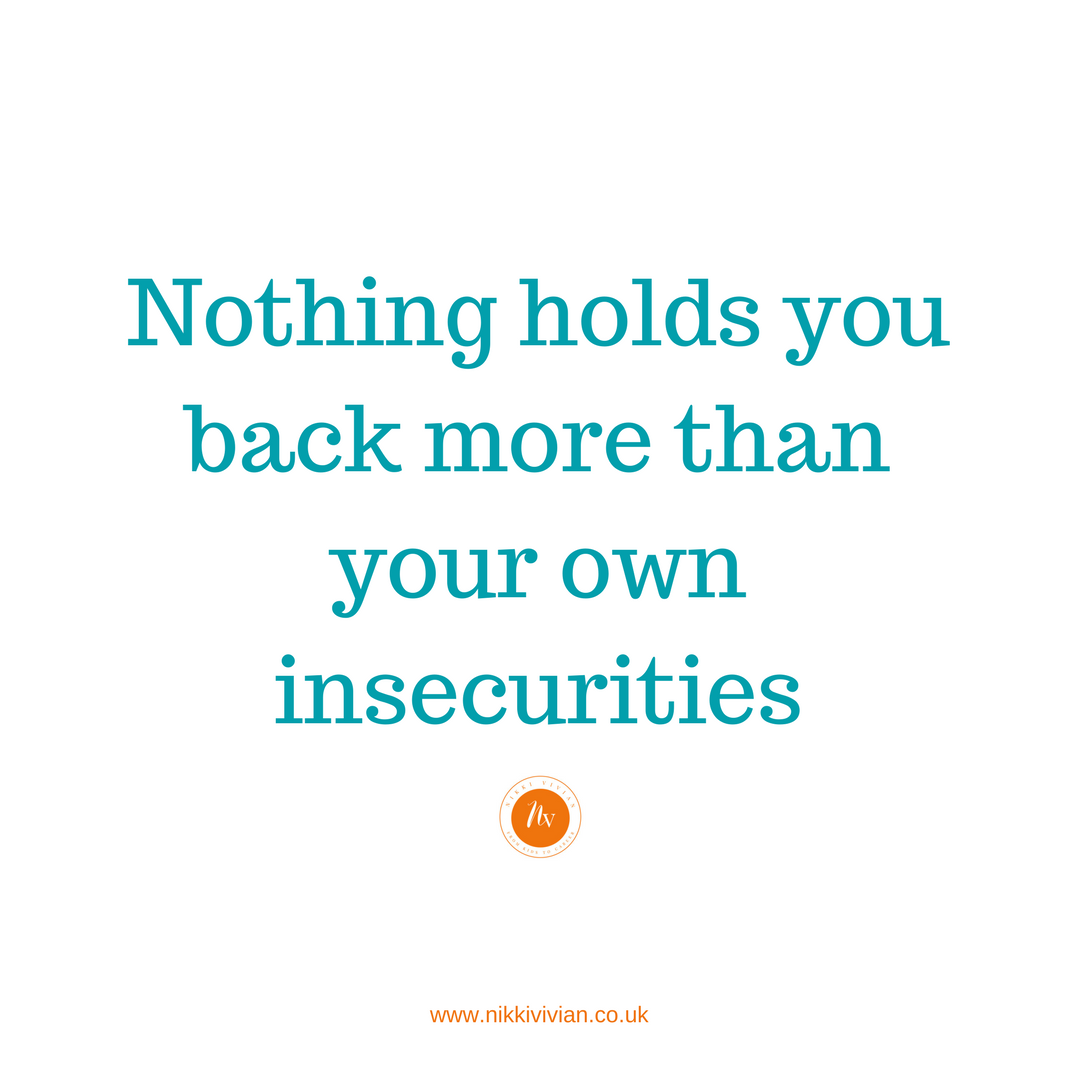 Are Your Insecurities Stopping You From Moving Forward in Your Career?

Insecurities are common to everyone. There isn’t a single person in the world that isn’t insecure about something, no matter how confident they look. There are a million and one things that add to our insecurities on a daily basis. Take social media. The profiles of influencers loving life with their kids, looking like they get enough sleep, setting up businesses where they get to work 3 hours a day and make millions, does nothing but serve to make us more insecure. In fact, it’s thought that 60% of women experience self-critical thoughts on a weekly basis and the most common is a feeling of being ‘different’ but not in a positive sense.

Insecurities can begin for so many reasons, comparisons to others, experiences in childhood (that’s another post) but what can we do about these insecurities to stop them impacting on our ability to return to work or make the change in our careers we so desperately crave.

It’s all in the mind

Whatever the cause of our insecurities, it’s important to remember that they are just a construct of how we view ourselves. They are not necessarily the way other people view us and they are certainly changeable.  Do we need to change ourselves in order to get over these insecurities? Absolutely not. We need to change the way we think. We need to change our core beliefs. It’s important to realise that a core belief such as ‘I am not good enough’, is simply that, a belief. It’s something we have constructed and it can be changed, just as any belief can be changed.

Accept that your insecurity is a belief, not a fact. It’s a thought and it’s not you. These thoughts may not go away, but you can choose to let them pass and move on. If you think you’re not good enough, you will find evidence to back this up, only strengthening your belief. Being able to see yourself as separate from your thoughts is a good starting point to helping you overcome these insecurities. Try and see yourself as an observer of your thoughts. If you can do this, you can see yourself as separate from them.

Find evidence to the contrary

Your negative beliefs will have been reinforced over and over again and that’s why they appear to be fact in your mind. If you believe that you do not have what it takes to return to your job, you will reinforce this negative idea in your mind. If you don’t get an interview, if you have some negative feedback, this will all serve to heighten your belief that you’re not good enough.,

But what if you actively seek out evidence to prove yourself wrong? So, you feel like you don’t have the skills to go back to work? Think about before you left and that promotion you got, the positive feedback you received from colleagues, the skills you’ve gained since being a parent. Do a skills analysis, ask others to tell you what you’re good at. All of these things will serve as evidence to negate your negative belief. Now when you are in a situation where you could give into your insecurities, look at yourself as an observer, separate from your thoughts and use this new evidence to make a new belief.

Now this really is a simplistic account of how you change a belief, but it should give you the basics to learn more and it should help you in understanding that we all have insecurities, but it is how we act in relation to these insecurities that counts.

If you want to talk about this more, get in touch.